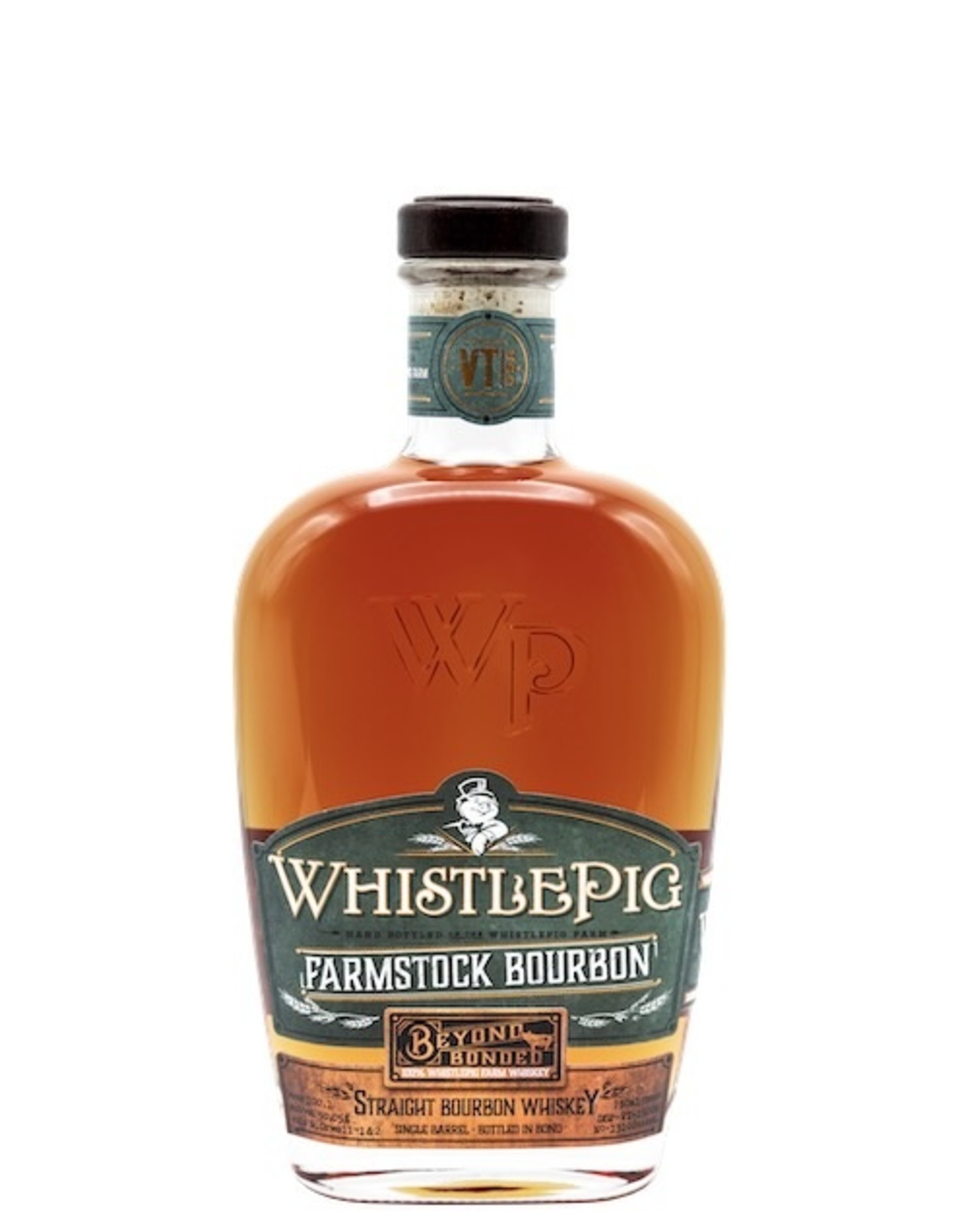 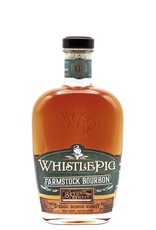 This expression isn't just the first WhistlePig bourbon ever ― it's one of their two first grain-to-glass whiskeys. Crafted with 51% dent corn and 49% Remington and Rifle rye, it's bottled at 100.1 proof, making it "Beyond Bonded".

2021 marks a special year for WhistlePig. They have released their very first grain-to-glass expressions with the two Beyond Bonded whiskeys, the Farmstock Rye and the Farmstock Bourbon. Both single-barrel expressions aged at least 4 years in Vermont Estate oak casks, these are bottled at 100.1 proof ― hence the "Beyond Bonded" moniker. The Beyond Bonded Bourbon marks yet another milestone for the distillery, being their first-ever bourbon whiskey. Crafted with a mash bill of 51% dent corn and 49% Remington and Rifle rye from their North Orwell fields 1 & 2.

Founded in 2008, WhistlePig is now the most awarded rye whiskey maker in the world. Their remote 500-acre hard-working farm in bucolic Shoreham, Vermont, is the perfect place to perfect their experiments with blending and finishing, ultimately leading to a portfolio of deeply complex rye whiskeys. In 2017 WhistlePig was awarded the coveted "Best In Show Whiskey" title from the San Francisco World Spirits Competition. Until his passing in 2018 the WhistlePig farm had been home to the founding father of craft whiskey, Master Distiller Dave Pickerell.

Their vision is to respect tradition and embrace progress, protecting what makes rye whiskey great, and at the same time innovating to make it better. After years of devotion to patient aging and innovative blending, WhistlePig has turned their attention to experimenting with grain, namely the practice of malting rye. Before industrial catalysts were introduced to increase efficiency, farmer distillers would malt a small portion of their rye harvest in order to access the grain's starch content and set off the fermentation process.